How to Knit with Double Pointed Needles

Looking to expand your knitting repertoire? Consider knitting with double-pointed needles. Double-pointed knitting needles provide an excellent alternative for knitting in the round.

Want to learn more about how to knit with double pointed needles? Let’s get started!

What are Double Pointed Knitting Needles?

What is DPN in knitting?

So, what are double pointed knitting needles used for?

Unlike circular needles that knit larger items in the round, double-pointed knitting needles are used to create items with a small circumference. Such items include socks, mittens, gloves, hats, and arm warmers.

To choose suitable double-pointed knitting needles for your project, you should check the yarn’s custom woven labels to determine the recommended needle size. You could further check the knitting pattern you intend to use for leads to suitable DPNs.

How to Knit in the Round with DPN: What You Need

How to Knit with Double Pointed Needles For Beginners: Patterns

Once you have gathered the necessary knitting supplies, the next step is to choose an ideal knitting pattern. Ensure you know how to read patterns in knitting to achieve the desired look. Here are some beginner-friendly patterns you could knit using double-pointed needles. 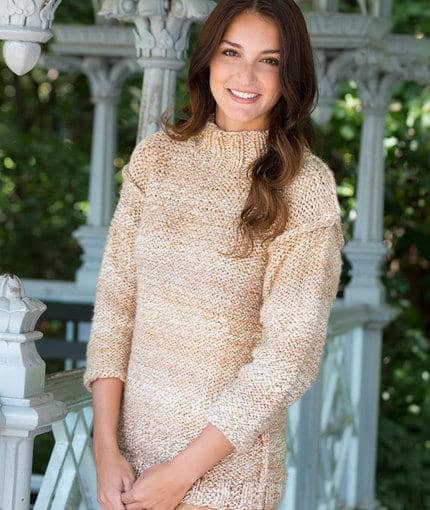 The lazy Sunday sweater pattern is perfect for beginners to learn how to knit in the round using double-pointed needles as it requires basic knitting stitches. These stitches include the stockinette and the rib stitch. 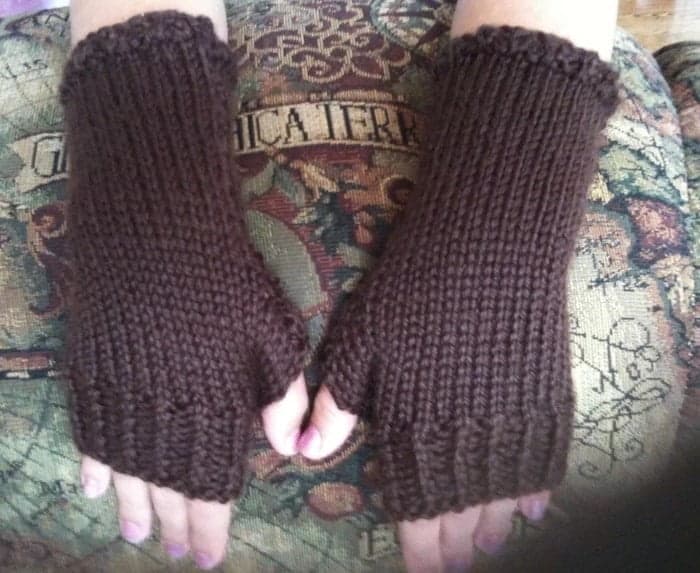 The favorite fingerless mitts pattern requires a simple stockinette stitch with cozy ribbed edges. You further do not have to worry about your yarn choice since this pattern is compatible with various yarns that produce the same outstanding results. 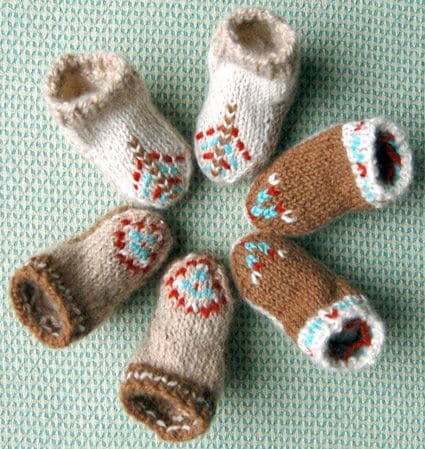 Make your baby adorable booties while practicing adding embellishments and changing colors in knitting using this fantastic baby moccasins pattern. All you need is quality knitting yarn and double-pointed needles, and you are good to go!

How to Cast on with Four Knitting Needles

Casting on refers to the process of turning the loose thread into stitches that sit perfectly onto your knitting needles. Now there are various methods to cast on when using double-pointed needles, including

This casting on method requires you to cast stitches on each of the four double-pointed needles. Here is a step-by-step guide on how to cast-on on each needle.

Step 1: Make a slip knot on needle one. This is the first cast-on stitch

If you are working on a pattern that needs 40 cast-on stitches, then you should cast on 9 stitches so that you have 10 stitches on the first needle.

Step 3: Prepare yarn to cast on another stitch and catch it using the second needle instead of needle one. You now have one stitch on needle two. You should then cast on 9 more stitches to have 10 stitches on the second needle.

Step 4: Repeat step 3 to cast on stitches on the third and fourth needles so that you have 10 stitches on each needle before you start knitting.

2. Casting on, Then Dispersing

This method is perfect when learning how to cast on knitting using double-pointed needles as you do not have to worry about dropping stitches or juggling too much. However, the casting on, then dispersing method may not be ideal if you are using a knitting pattern that requires more stitches than your DPN can handle.

The following is a step-by-step guide on how to cast-on stitches using the casting on, then dispersing method.

Step 1: Cast-on the desired number of stitches onto one of the four double-pointed needles 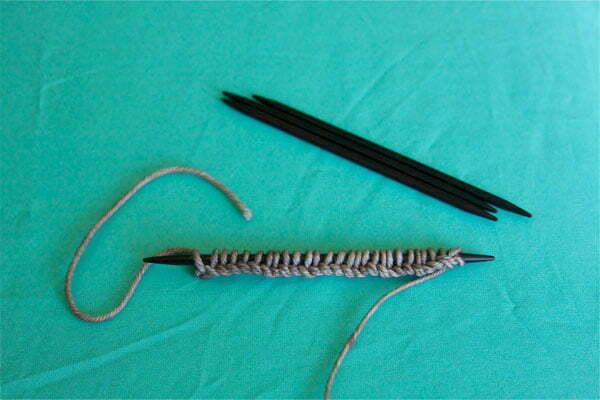 Step 2: Slip half of the stitches onto the second needle

Step 3: Distribute stitches onto the rest of the needles 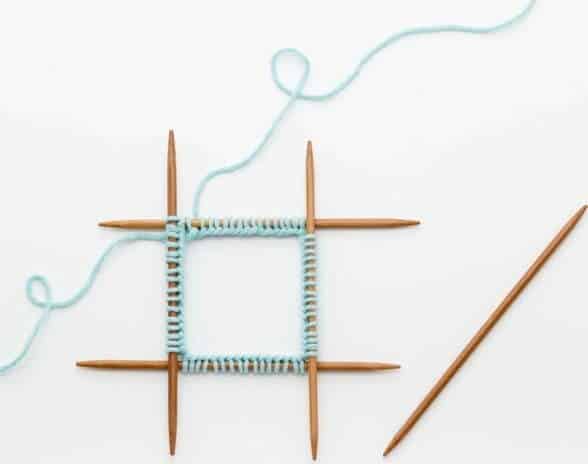 So if you had cast on 40 stitches, then each needle should have 10 stitches on it.

Watch this video to learn how to cast on with four knitting needles.

How to Knit in the Round with Double Pointed Needles 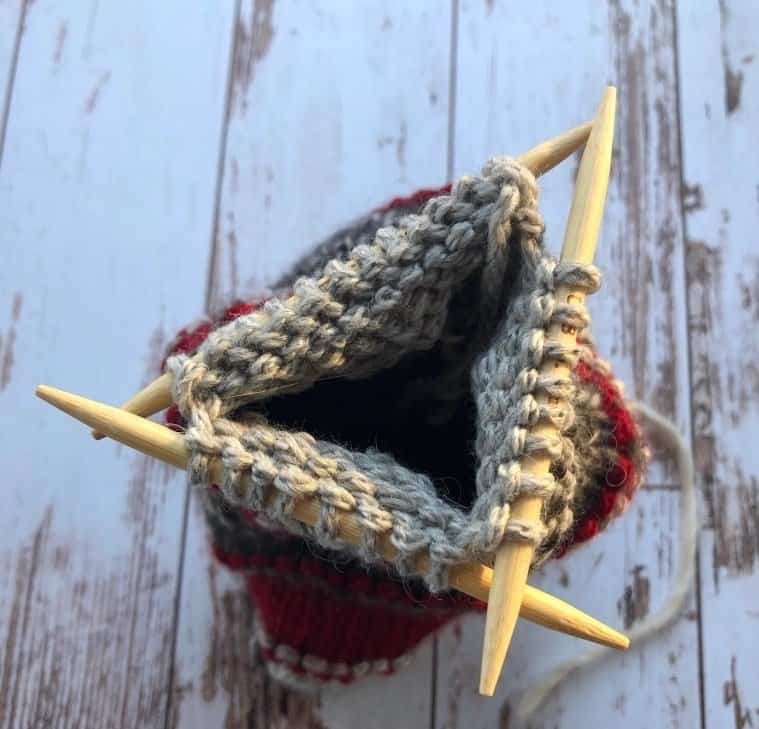 How do I knit with double pointed needles?

Want to knit items with smaller circumference such as socks, cozies, and wrist warmers, to mention a few, with double-pointed needles but do not know how to join in the round? Knitting in the round with double pointed needles looks like an intimidating task to take on, but you will be surprised how easy it is once you get the hang of it.

Here is a step-by-step guide on how to knit in the round with DPN.

Step 1: Cast on the required number of stitches

You should first cast the desired number of stitches onto one of the double-pointed needles and then distribute them so that you have four or three needles holding the cast on stitches, depending on the knitting pattern.

Step 2: Place the needle with the working yarn in your right hand 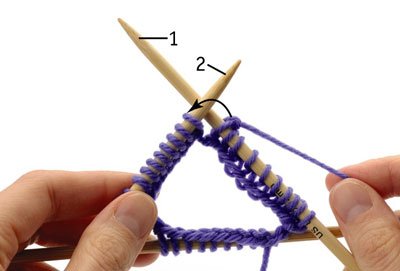 You may hold the needle with the working yarn with your left hand if you prefer working with this hand.

Step 3: Insert the empty needle into the first stitch. 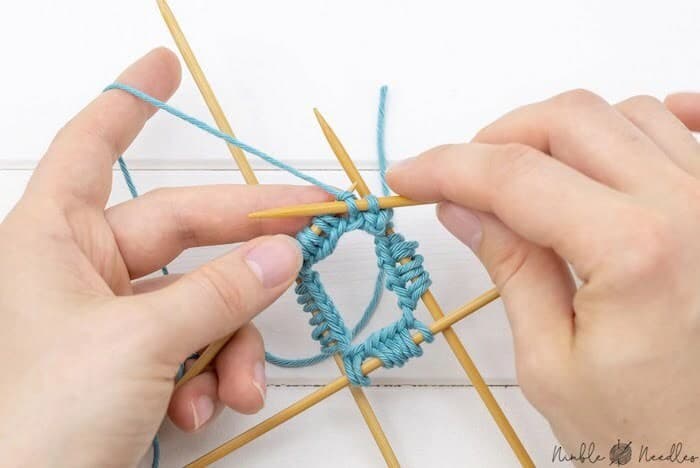 If you are working with three needles, take the fourth, or the fifth when working with four, and hold it in your right hand. Next, insert its tip into the first cast-on stitch on the left needle from the front to the back.

Step 4: Loop the working yarn around the tip of the right needle

You should start by tilting the needle with the working yarn towards the left needle to form a triangle when knitting with three needles and a square if you are using four needles. Next, loop the working thread around the tip of the right needle. Ensure that the working yarn drapes from the top to the other side of your needle.

Step 5: Pull the working yarn through the first stitch, then slide it off

Don’t know how to join knitting in the round using double-pointed needles? Using the tip of the right needle, pull the wrapped yarn through the first stitch. You should then let the first stitch slip off the left needle. Next, move the initial needles around to form a tight corner, then tag on the yarn to adjust it.

So, if you are working with four needles, you should now have five needles in a hexagon shape and four needles in a square shape if you started with three needles. You have now joined in the round.

Step 6: Knit across the first needle

Step 7: Knit across the second needle

Using the newly empty needle, knit across the stitches on your second needle. Ensure that you tighten the first stitch on the new needle to prevent laddering or gaps.

Step 8: Repeat the process until you knit across the entire row

Now it is worth noting that knitting with double-pointed needles is similar to knitting with circular needles in that you do not turn your piece. So after completing the second to the last stitch on the last needle, you should slide the stitch marker onto the right needle before knitting the last stitch. This marks the end of the first row.

Without turning or reversing your stitches, start knitting the second row. Ensure that you learn how to pick up stitches in knitting in case of a dropped stitch when using double-pointed needles.

Step 10: Continue knitting the body of your garment

It is worth noting that the binding off technique depends on the knitting pattern used in your project. While some patterns, such as arm warmers, require you to cast off stitches, others need you to slip off stitches onto a short piece of thread, then gather them tightly. So ensure that you know how to read knitting patterns to choose a suitable casting off method.

Watch this video to learn how to use double pointed knitting needles to cast off your project.

Step 12: Weave in The Loose Ends

You should learn how to weave in ends knitting to secure the cast edges of your garment to prevent unraveling. To weave in the loose ends of your knitting, use tapestry needles or a crochet hook.

Want a visual guide on how to use double pointed needles in knitting? Watch this video.

To knit with double-pointed needles, you should cast stitches on each needle,  join yarn in the round, and then knit as usual. Once your garment is long enough, cast off and then weave in the loose ends to prevent unraveling. Remember to keep the knitting pattern in mind as you knit.

Did you get ideas on how to knit with double pointed needles?

How to Finger Knit

How to Change Colors in Knitting

How to Knit a Baby Hat

How to Knit and Purl